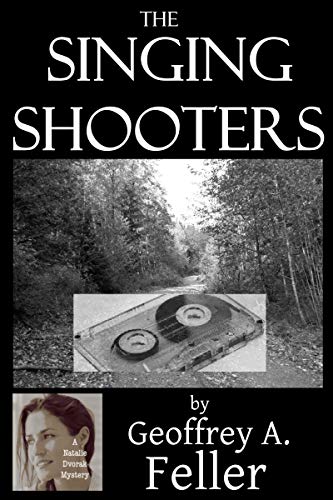 about this book: I wrote this sequel to "The Mercury Man" in part so that I could find out what would happen in Natalie Dvorak's personal life after the affair was exposed at the end of the first book. Since those answers were only going to come from the author, I had to carry on to another installment. Of course I also hoped that those who might begin reading the series with the first volume would also like to follow up on the unresolved situation. Once again, setting the story in 1982 meant placing certain built-in limitations on what the police can do to solve the triple-homicide that occurs in the woods. There is, however, an amusing sequence in which a detail of the investigation gets leaked and goes viral among teenagers even though there is no internet or cell phone connections among them.

The name of the Neo-Nazi rock group had to be changed from my original idea. More than 20 years ago, I had thought about writing a very different novel in which a Skinhead band had a perfectly awful name. When I began writing "The Singing Shooters", I checked online to see if any real-life band had appropriated the terrible name since 1991. Sure enough, some group in Norway started using the name only a few years ago; so I made a slight variation on the name for my fictional rockers in this story. Coming up with a fictional name for a bike gang presented a similar challenge: most of the more obvious names had already been chosen by real-life bikers so that took a few tries. A few of the specific details here and there are based on some of my memories from when I was same age as Natalie's two nieces (the older girl, Melanie, is making a cameo appearance from yet another series that I wrote - almost all my novels take place in the same universe, regardless of genre). That was the fun part. It was more difficult to write about the death of three teenagers and when I describe Melanie feeling sick from having to make racist comments to trick a white supremacist into trusting her also applied to me as I wrote the dialogue!