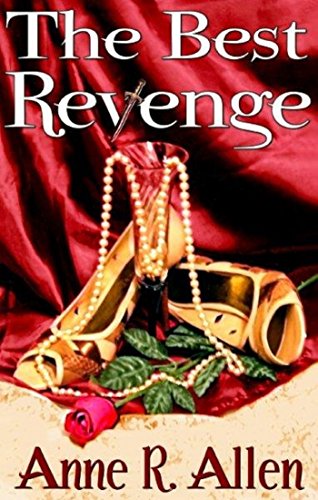 about this book: This prequel to the Camilla Randall mysteries romps through the glitzy 1980s, when 19-year-old Camilla loses everything: her fortune, her gay best friend, and eventually her freedom. When she's falsely accused of a TV star's murder, she discovers she's made of sterner stuff than anyone imagined—herself included.

When Camilla Randall, a 1980s New York debutante, is assaulted by her mother's fiancé, smeared in the newspapers by a sexy muckraking journalist, then loses all her money in the Savings and Loan Scandal, she seeks refuge with her gay best friend in California. But her friend has developed heterosexual tendencies and an inconvenient girlfriend, so Camilla has to move in with wild-partying friends. To make things a whole lot worse, a famously debauched TV star ends up dead after one of their parties, and Camilla is arrested for his murder. In order to clear her name and find the real killer, she must turn to a friendly sanitation worker, a dotty octogenarian neighbor and the muckraking journalist who ridiculed her—who also happens to be her boss.

The plot careens from one breathless misadventure to another, leading to a finish sure to catch the reader by surprise.