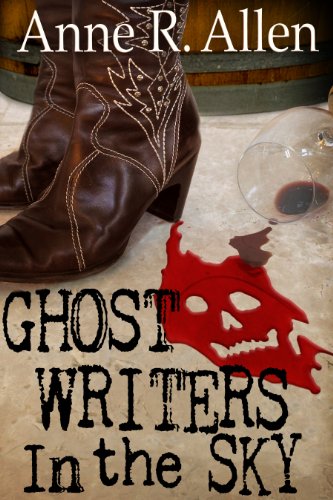 about this book: Snarky, delicious fun. This second Camilla Randall mystery brings Camilla into the new millenium. Her now ex-husband Jonathan has developed a serious case of jerkitis along with his celebrity as a TV news-muckraker. Their divorce has got seriously messy, and readers of Camilla's "Manners Doctor" newspaper column are fleeing.

After Jonathan's ironic joke about her "kinky sex habits" is misquoted in a tabloid, Camilla's life unravels in bad late night jokes. Nearly broke and down to her last Hermes scarf, she accepts an invitation to a Z-list Writers' Conference in the wine-and-cowboy town of Santa Ynez, California.

There she's surprised to run into her estranged former best friend, gay playwright Plantagenet Smith, who has just discovered a hot—and very dead—young writer in his bed.

Meanwhile, a wannabe-writer named Maverick Jesus Zukowski—who happens to be a hot L.A. cop—just may steal her heart.