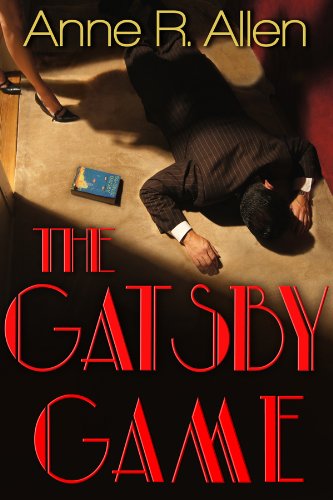 about this book: The Gatsby Game is based on a real unsolved Hollywood mystery—the death of David Whiting in actress Sarah Miles' motel room during the filming of the 1970s Burt Reynolds film, The Man Who Loved Cat Dancing. It caused a media frenzy that has been called one of the "Ten Most Notorious Scandals in Hollywood History" and almost destroyed Ms. Miles' career.

Author Anne R. Allen knew Mr. Whiting when she was a student at Bryn Mawr College. This novel is her speculation on what might have happened to lead up to his death.

When Fitzgerald-quoting con man Alistair Milborne is found dead a movie star's motel room—igniting a world-wide scandal—the small-town police can't decide if it's an accident, suicide, or foul play. As evidence of murder emerges, Nicky Conway, the smart-mouth nanny, becomes the prime suspect. She's the only one who knows what happened. But she also knows nobody will ever believe her.

Although the real scandal took place in Arizona, this novel is set in the quirky California oil town of Taft, formerly known as Moron. For real. Anne couldn't resist a punchline like that.