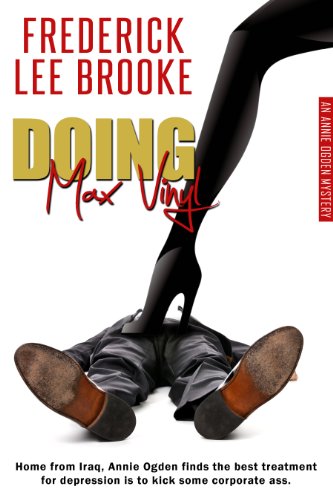 about this book: Everybody wants to do Max Vinyl. His girlfriend, Tris, who turns out to be a tree-hugger and will stop at nothing to sabotage his computer recycling operation. His ex-wife, Ginger, who got shortchanged in the divorce agreement. And Annie Ogden, the troubled Iraq war hero whose sister gets threatened by a pair of Max Vinyl's thugs. When Annie's army training kicks in, watch out. She won't take it lying down.

It's the worst week in Max Vinyl's charmed life as three women descend on him with every intention of destroying him ... and that's the best case scenario. An assortment of secondary characters add to the fun. As one Amazon reviewer wrote, "pathetic-loser ex-cons and jacked-up slime-ball businessmen remind me of Elmore Leonard, Carl Hiaasen, and Tim Dorsey at their best."