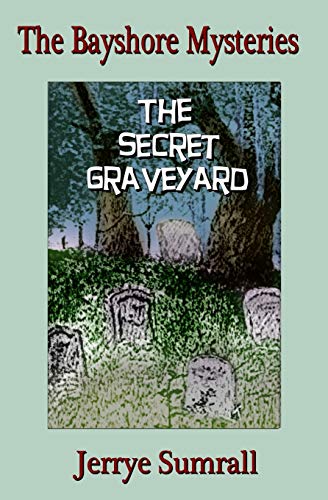 about this book: Jeff and new friend, Melissa, discover a mystery when he goes to visit his great grandfather in Beatrice, Alabama, a small southern town whose past holds many secrets. Fascinating mysteries are revealed when they explore his great grandfather's attic, pursue a strange African-American boy, visit an old courthouse, get lost in the woods, and trapped in a train tunnel.

Their quest to find the truth unveils fascinating and intriguing secrets from the past and creates new friendships in the present. Jeff's determination to discover the truth about the boy and the secret graveyard leads him on his own journey of self-awareness and self-worth.

The writing of the The Secret Graveyard has been a long process but one that has been close to my heart. I was inspired to write it because of a family tie to the setting and some of the history that was involved. Although most of the book is fiction, some events and places are real.

The Beatrice, Al setting is an area of the deep-south that is rich in Civil War history and small town culture. The old courthouse, described in the story, was once the model for the courtroom scene in the movie "To Kill A Mockingbird". The following link takes you to that courthouse, which is now part of the Monroe County Heritage Museums. http://www.tokillamockingbird.com The journal entry for the slave character named Charles "Stokes" Miller, mentioned in the book, was taken from a slave narrative. It was based on the story of a slave named, James Williams, who for several years was a driver on a cotton plantation in Alabama.


A book for young adult readers--and the young-at-heart

Set in the small Alabama town of Beatrice in the present, this young adult mystery manages to remind readers of a simpler time--a time long before computers, television, and electronic games when kids "played outside" and often long past dark. It was an era when parents didn't have to worry that their children would be abducted. For me, that is big part of the charm of this well-crafted book.

The primary character is a young boy named Jeff Douglas, who readers may have previously met in"Intruders on Battleship Island," the first book in this author's Bayshore Mystery series.

In "The Secret Graveyard," the mystery plays out through the characters of Jeff and his friend Melissa. The unique and age-appropriate ways in which the young detectives discover clues occur in well-crafted scenes that reminded me of the old, but timeless, "Hardy Boys" mystery series, and perhaps even "Nancy Drew."

Along the way, Jeff comes to realize the importance of family--especially his grandfather--in a way that is sure to make young readers rethink their own family dynamics. That alone is worth the price of "The Secret Graveyard," a book that appeals to the young and the young-at-heart.

Bonnie Bartel Latino is the co-author, with Bob Vale, of "Your Gift to Me," a military love story that has achieved Amazon's #1 Top Rated War Fiction, #1 Top Rated Contemporary Romance, and #1 Top Rated Romance.