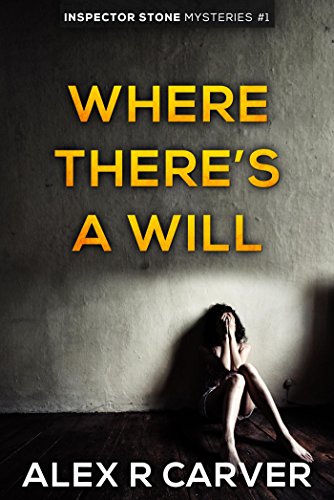 Book: Where There's A Will - Inspector Stone Book One by Alex R Carver

about this book: I have long been a fan of the British TV series A Touch of Frost, and wanted to write something similar, though at the same time different, and this is what I came up with - Inspector Stone is the opposite of Inspector Frost, he is young, married and has children when the books start, but at the same time he is similar, he cares, struggles with technology, and prefers a proper result to a quick one.

In the first book of this series DI Stone finds himself investigating a kidnapping for ransom, something he has never had to deal with before. The trouble is he is already investigating an armed robbery and a near-fatal hit and run.

• "Meticulously detailed and realistic, Where There's a Will, is a terrific crime drama." — Carole P Roman

While writing this I was determined to get things as accurate and true to life as possible, which forced me to research such things as the volume of space needed to transport certain sums of money and the ease of getting and using the untraceable bearer bonds Hollywood is so fond of - the answers I discovered surprised me.