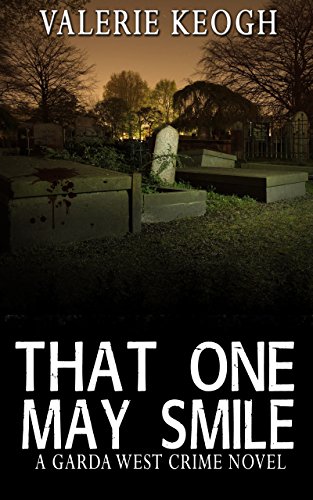 about this book: The first novel in the Garda West series. Garda Sergeant Mike West and his partner Garda Peter Andrews work in a small police station in the upmarket Dublin suburb of Foxrock. West, transferred following the traumatic death of a colleague from another part of Dublin, expects to have an easier life. He doesn't expect murder, nor to fall so unexpectedly for one of his chief suspects. Murder, identity theft, illegal drugs and blackmail all play their part in this twisting tale of mystery and intrigue.

It took me about a year to write this first novel - initially, I published without assistance but have subsequently hired the services of an editor and cover designer.The cover designer used a photograph I gave her which was the original inspiration for this story.It's taken in the graveyard behind my house.

The most important thing I learned from writing this first novel was that I had a duty to provide my readers with a polished, professionally finished novel. Now, each novel I write goes to an editor before I publish to eliminate errors which can be off-putting to my readers.

I love to hear from readers - it's the biggest thrill to hear from someone who has read and enjoyed my novels.

I hope to have the fourth in the series ready for publication early next year.