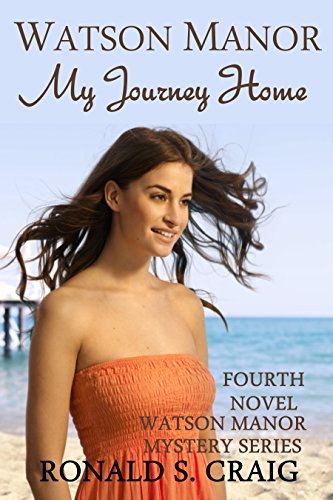 about this book: Watson Manor My Journey Home is the fourth novel in the Watson Manor Mystery Series. Jenny and Charlie Watson built a B&B in a Pacific Coastal community of Marina, California. Having been constantly pulled away by a call for help from focusing on running the B&B they opened Watson Investigations (book three)

Book four opens with Jenny Watson, following a major auto accident, having no recall of the last three years. They had been involved in a case and this book is about Jenny finding her way back to love, family, and her calling to private investigation.

The Watson Manor Series began with "Watson Manor Eventually" which began as a stand alone romance novel. When I reached the point beyond all the forces when Charlie and Jenny exchanged vows, I realized I wanted to keep them going and the idea of taking them into mystery, crime and eventually Private Investigation was the link through this series. Along the way they create an extended family and close connections with the local Marina P.D.

Other books by Ronald S. Craig