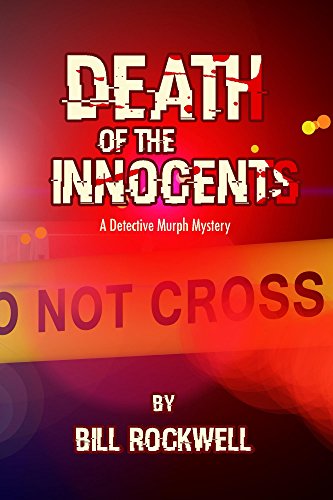 Book: Death of the Innocents by Bill Rockwell

about this book: Whether Pro-Life or Pro-Choice, the reader should enjoy Detective Murph's dilemma, as he searches for a murderer among both the employees of the abortion clinic where the victim had an abortion, and the local Pro-life organization who had handed her a brochure. His dilemma: He finds his 14 year-old daughter is in the waiting room at the abortion clinic in question during his investigation. His daughter is then kidnapped by the killer. Murph must control his emotions and pinpoint the killer from among all his suspects before his daughter becomes the killer's next "innocent" victim.

I chose the title, Death of the Innocents, because both the murder victim and Murph's daughter, as well as the babies destroyed during abortion, are all "innocent," their lives held in the hands of someone else. I had to add the subtitle: A Detective Murph Mystery because I live in Connecticut in a town near Newtown, CT (Sandy Hook) where several children were murdered at their grammar school. The reporters have begun calling them "The Innocents," and I didn't want anyone to think my story had anything to do with the tragedy, or that I was trying to benefit from the children's deaths. I considered other titles, but "Death of the Innocents" fit so well, better than any other that I came up with, that I decided simply to add a subtitle to ensure readers understood it was a novel, and not an expose. Besides, I chose the title long before either writing the story, or the Newtown tragedy ever happened.

Despite being a physician, as the author of this novel, I certainly learned a lot about Pro-Choice and Pro-Life organizations and the abortion industry as a whole. I've had all the facts about these three checked by a PhD Theologist to ensure the accuracy of what Murph discovers. What he does with the information and how he proceeds to catch the murderer is another thing entirely: that came from my imagination.

I hope the reader enjoys the characters and their development as the story unfolds around them, and the action gives the reader the escapism sought in murder mysteries.