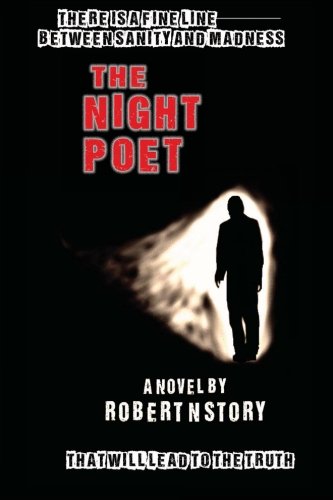 about this book: The book is about a man who finds himself having to walk the fine line between sanity and madness.

Five-year-old Viktor Szabo flees his native Hungary with his father, as the Nazis wreak revenge upon his homeland. Their arduous journey takes them to Lisbon, where they board a ship to America. In New York City, the boy blossoms into a man, but soon finds himself being hostage to a visitor that comes in the night to alter his view of reality. Will he find the truth in the stranger's persistent visits, or will he find that his mind is the biggest lie of all?

The author says, "When I was just a boy, I wondered about the possibility that nothing really existed in the world outside of my own mind; my own imagination. Later, I found that the same question had been debated by such notable philosophers as Plato, and had been the subject of conjecture hundreds of years before the birth of Christ. The only thing that seemed to be the center of agreement was that such a notion was impossible to refute.

Even in adulthood, I find the notion fascinating, and ultimately decided to use it as the underpinning premise of a fictional work. The result is "The Night Poet." My only concern throughout the process of writing was that my writing skills would not do justice to such a good story. Only time will tell if they have.

I enjoyed the book Bob. It was cool how you worked in KABA 1330 but I wouldn't have expected anything less. A lot of research went into this book. As I read about the Night Poet's beginning as a lad in Europe I could almost picture myself in some of the settings from what I saw when Ellen and I visited Poland. The later years of the Night Poet left me a bit perplexed and obviously something I wouldn't want to experience myself. Keep on writing. [by Glenn]

Can't Stop Thinking About It

Referring to another review on this site, I sure wouldn't call this book an "easy read" from the standpoint of softness.  It was extremely thought provoking, and challenged my sense of reality throughout. It is a fascinating and intriguing story. It's beautifully written and crafted with strong character development. It has an ending that will leave you deep in thought, staring off somewhere and 'wondering'. A must read!

This is a wonderful and easy read. From when I picked up this book until when I laid it down, my interest was always piqued. Good book and I highly recommend it for everyone. [by James D Carter]