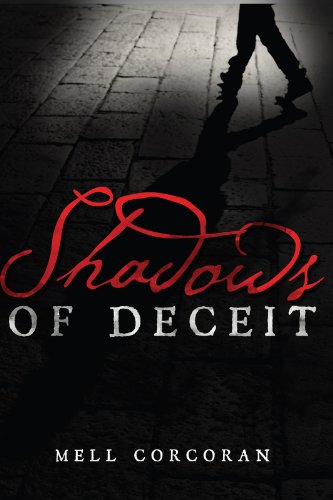 Book: Shadows of Deceit (A Series of Shadows Book 2) by Mell Corcoran

about this book: It's a strange new world for homicide Detective Lou Donovan. She's just grateful to be alive and breathing. After her recent brush with death, Lou is faced with massive changes to her life, the least of which is dealing with the prospect of a new partner.

Lou and her team find themselves dancing on the edge of an international incident when three headless bodies turn up in a Colombian national's home. The deeper they dig into the bizarre circumstances that surround their case, the thicker they find the cover-up. Each layer spread out over three continents and nothing they turn up can be used for the official record.

Is a Colombian drug cartel truly behind the gruesome murders or is something far more diabolical at play?

Shadows of Deceit is the second installment in Mell Corcoran's Series of Shadows that follows Los Angeles County Sheriff's Homicide Detective, Lou Donovan, as she navigates her way through the uncharted waters of her new life.