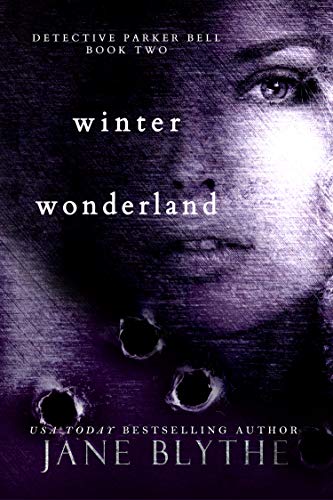 about this book: Some of my favourite books to read are ones that are part of a series, I just love getting to know characters in more detail and finding out how their lives go past that first time you meet them, probably the influence of watching so many soap operas where you get to follow the characters over a LONG period of time! So this is book two in a five part series.

How do you catch a killer who leaves behind no physical evidence? How do you catch a killer who is so self-controlled they can stop killing for months at a time then start up again on the same day each year? How do you catch a killer who is so cocky and confident that they abduct victims from their beds while their family sleeps in the same house? These are the dilemmas facing Detective Parker Bell when he and his partner are given the Iceman case. The only thing they have to go on is a vague description given by the young woman who had been the Iceman's next intended victim. While working the case Parker must also juggle his new relationship with Tessa Micah. Tessa is doing some juggling of her own, deciding how much of herself to open up to Parker, and which secrets she needs to keep buried. When Tessa stumbles upon the identity of the killer another of her carefully guarded secrets tumbles out as she once again puts herself in harms way, only this time she might not survive.

'It was a "can't put down" one for sure. The characters are very well developed and the story keeps you pushing to the end to find out who the "Iceman" is.'