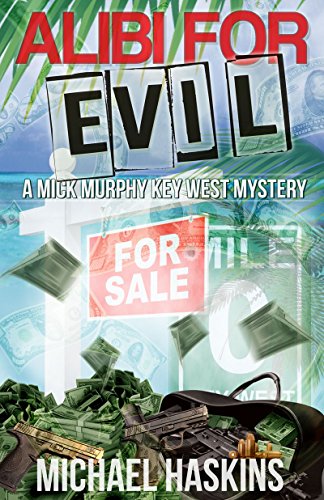 about this book: After two suspicious deaths in Key West, Mick Murphy gets caught up in a conspiracy theorist dream. Corrupt Florida politicians, all the way to the governor, land developers and banks are ready to develop the pristine Keys, including Murphy's beloved Key West. What's worse of Murphy and his eclectic group of friends is that federal agencies know what's happening, who the players are and are doing little, if anything. Too big to fail comes to mind. Throw in the Mexican drug cartel's money, used as an investment in the plan, and Murphy faces one of his most dangerous misadventures to date. The story is fiction, but the facts came from the newspaper headlines in recent Miami Herald edition. Truth becoming fiction! Fiction following facts! The plausibility is uncanny. Can Murphy and his ragtag army of local miscreants take on the establishment? Can murder and murders be alibied by authorities for the 'better good?' Murder, denial and betrayal compounded by the government. It can happen! Maybe it already begun happening!