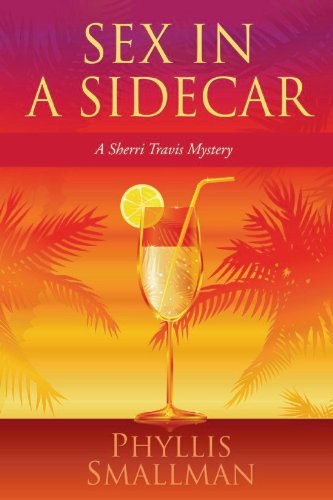 Book: Sex in a Sidecar (A Sherri Travis Mystery Book 2) by Phyllis Smallman

about this book: When Hurricane Charlie hit the west coast of Florida our little house was directly in the projected path.Helpless in the face of possible disaster there was nothing for us to do but watch the television for news and wait.

There are so many things that northerners don't know about hurricanes. For instance, did you know that more people drown in their own homes than are killed by the winds? If you are near the beach tides can rise thirty feet or more. Those residents foolish enough to try to ride out the storm can be trapped like rats in the comfort of their living rooms. Many people move up into the attic to avoid the rising water only to realize too late that they've made a terrible error. If hiding in the attic is your plan, it's best to take an axe to break through the roof if the sea keeps rising. And did you know that drifting sand from the beach covers the roads exactly like snow? After the winds die down the county has to get out graders to clear the roads so traffic can move again. Imagine being stuck in the sand, with the wind blowing and burying your car faster than you can dig it out, and a hurricane barrelling towards you. It's the stuff nightmares are made of and the inspiration for this book.

"Write what you fear," was the advice of a famous writer and that's what I did in Sex In A Sidecar. To the dreaded hurricane I added a killer, who doesn't like rich women, and Deanna who wants to commit suicide by exposing herself to the murderer. Instead of the killer looking for a victim, the victim is looking for her murderer.

Out at the beach bar, watching it all unfold, Sherri mixes the drinks - a sidecar for Deanna who claims the booze is better than sex.