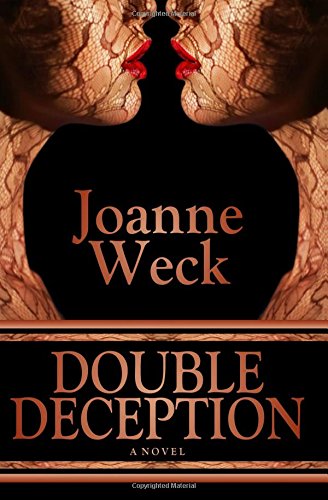 about this book: I've often wished for a twin, wondered what it would be like to know someone who had the same genetic makeup as me. Whenever I read about twins separated at birth, I speculated on what it was like for each to discover an essential "clone" of herself.

This is what led me to write Double Deception. It took me six months to complete. During this time I interviewed twins about such myths as extra sensory perception between them. I checked out the biology of tens, and how fingerprints and DNA would be similar.

I wanted the twins to be similar, yet different because of their upbringing. As I came to know them, I felt as if I were becoming acquainted with two real women, instead of creating them.

I love mysteries, so naturally, I had to involve the women in a mystery--kidnapping, murder, rescue and resolve. Some of my early reviews seem to appreciate my efforts. "There is a very real sense of suspense in this story which slowly builds throughout the novel and then bursts into a satisfying climax in the final chapter," according to Bsby on Amazon. Elsie Chalem found depths of character: "Even knowing the ending, in the near future I want to read this novel again, at a slower pace, this time focusing less on the action and mystery, and more on the characters' psychology."