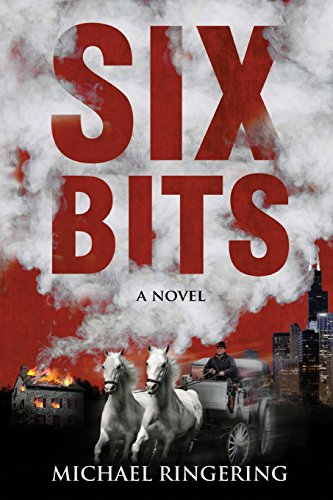 about this book: The concept for Six Bits was the result of a class assignment I was given in a creative writing class while attending Murray State University. Although I dreamed of writing a novel as early as the third grade, it was not until the fall of 2004 that I was actually able to put pen to paper and get this story out of my system.

Six Bits is an epic tale of forgiveness and redemption. The protagonist, Jack London Clark, is a man consumed by entitlement and material excess, who loses touch with the three women who love him most. Following a bizarre encounter with a most unlikely character on the front porch of his suburban Chicago home, and a realization that his family has turned up missing, Jack is thrust into an unsuspecting journey of self-discovery, with only a mysterious telegram, improbable email, and antique newspaper as his guides.

As he sets off to locate his wife and children, Jack stumbles upon a welcoming family in a culture long past who reintroduce him to simpler times and those things most important in life. It's only when Jack is able to face the horrors of his own past that he can hope to ever see his family again.

The message of Six Bits is universal. I'm so proud to have an opportunity to share this story with readers, and have been overwhelmed by the response to date. Several reviewers have shared how this story has forced them to look closer at their own lives and the choices they've made. As an author, nothing is more rewarding than knowing your words are impacting others in a positive way. I hope you take a chance on Six Bits. I truly believe the story will be worth your time.