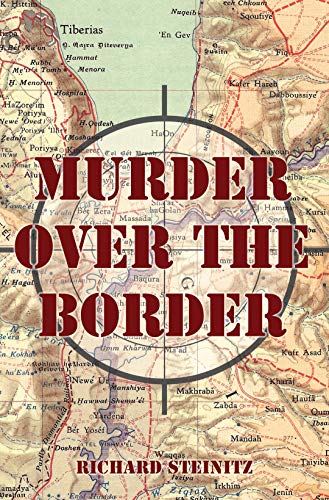 Book: Murder Over the Border by Richard Steinitz

about this book: In a country known for wars and machismo, Yossi Abulafia is a different kind of policeman. He is on reserve service in the army (which he doesn't have to do) when instead of watching the border, he is busy photographing gazelles. As fate would have it, his little lookout post collapses and he accidently photographs a murder taking place on the other side of the border with Jordan.

The book follows Yossi from Israel to Amsterdam and back, and behind the scenes at the Oslo peace process, until its final and successful conclusion.

I wrote "Murder Over the Border" in the aftermath of a tour of Army Reserve service at a little army post just like the one described in the book. There was something about that place that nagged at my imagination, and drove me to become an author. It took me several years to start writing it, as I had never, ever, done any creative writing before, and the process took seven years to complete.