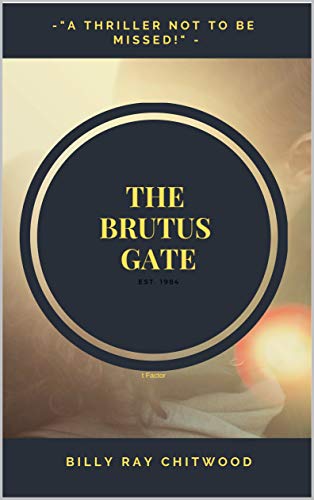 about this book: "The Brutus Gate" is the third book in the 'Bailey Crane Mystery Series'. Each book in the series stands alone while showing Bailey's progression.

An explosion and raging warehouse fire starts this novel with our musing sleuth pinned down under some heavy wooden beams. Of course, the conflagration is started by bad guys who are expecting the visit of Bailey and his police superior. The police superior at another part of the warehouse saves our lamenting hero at the last moment... Arrests are made and one of the thugs is overheard whispering, 'Beware the Brutus Gate'. This rather fetching but seemingly ingenuous phrase has Bailey and the cops amused that such a noble phrase would be used by lowlifes... Still, the phrase could be a code for something, like a drug shipment or a murder. The Action and Mystery is on with Bailey again being the target for elimination, as well as old friends being raped and murdered...

There are also some personal issues that Bailey is facing so the mix of it all makes for a most exciting drama that deals with drugs, Mexico, politics, and the FBI. The climactic ending brings another beginning for our caped crusader.

Please enjoy and post a review on Amazon... Reviews are the author's lifeblood.