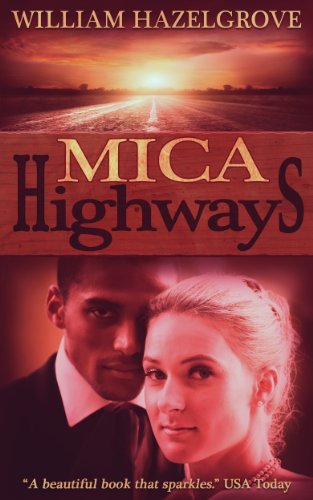 about this book: The follow up novel to Tobacco Sticks. Another Southern saga of terror and temptation, Bestselling author William Elliott Hazelgrove's Mica Highways is an emotion-packed novel that deftly captures the unique landscape of the American South. With its fierce vision of love, violence, and redemption, this powerfully haunting work recalls the intensity and passion of To Kill a Mockingbird and Midnight in the Garden of Good and Evil.

Mica Highways is more conventional in its plotting and ambition than its predecessors, but equally strong on Southern atmosphere and fully imagined characters. Thirty years after his mother's mysterious death in 1968 (on the same day that Martin Luther King was killed), Charlie Tidewater makes a trip back to his boyhood home near Richmond, Virginia, leaving behind in Chicago a failed marriage and an equally unsuccessful career as a stockbroker. He stays with his only surviving relative--Granddaddy, Austin Turin, almost 90, a man who knows everything about cars and quite a lot about how people behave under pressure. Charlie is a dry stick, a standard seeker of truth, but Granddaddy has enough meat and juice and memories in him to keep the story moving to its surprisingly suspenseful conclusion