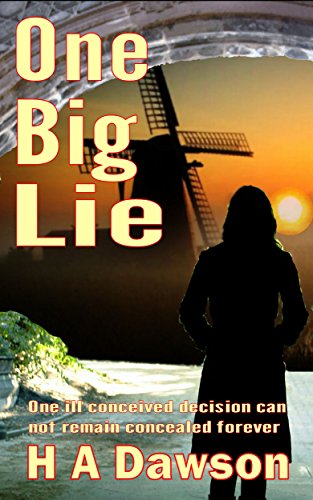 about this book: My style of novels slot neatly into the psychological mystery sub genre, but to whom do they appeal? They are written with the emphasis on and about women, it is definitely not "women's fiction". At the start of my writing I naively believed that my material would automatically drop into a female category. It seems someone changed the original classification so instead of the broad female biased spectrum, which is mostly character based, it has been supplanted by romance and sexually provocative material. I am not dissappointed though! For anyone 14 upwards there's now an excellent opportunity to experience my special blend of psychological mystery/suspense/thrillers.

Debt and Defiance :- Book 2 in the Luke Adams series

Many of the stories in my novels have the main character completely dissatisfied with their lot in life, the remedy has either been prompted by external circumstances, or inspired by some personal ambition. However it's important in all our lives to take the initiative whether it's event triggered or via friendly persuasion, it remains with us to steer the ship to that perfect destination.

This story starts quietly, in a room containing two women, one is Janet a former school teacher, now an elderly lady snoozing in an armchair, and her granddaughter Leanne, who is waiting for Janet to awake from her slumbers. Leanne was recently widowed and is still grieving, emotional and distressed, any small problems are magnified out of proportion. So understandably she pays heed to the slightest change in her grandmother's demeanour. Janet is close to death, every last living moment is precious to Leanne there will be no one else to rely on anymore.

There is a low groan and some movement as Janet opens her eyes, for the next few minutes Leanne is attentive as her grandmother gasps out her final few words, "her mother is still alive" The next few days are bewildering Leanne is a single mother with a teenage son, now she knows she has some more family but where?

Events now place Leanne in a large farmhouse on the outskirts of a small town where the mystery of her absent mother, and her grandmothers former life take on a strange complexion, thwarting her efforts to locate her mother and any family. It is serious enough for her to engage Luke Adams and Imogen Morrison to investigate the situation. There are consequences as people start noticing things that were previously ignored. Greed, envy and thoughts of revenge surface among the local population. Luke and Imogen uncover some unsettling facts about the entire family, a confrontation is inevitable, mother and daughter reunions should never be last minute.

My stories are not for casual reading, put them down and you'll lose track, as the plot gains momentum, you accelerate towards some sharps bends in the story. Attention to small detail will keep you guessing. I enjoy storytelling as much as feeling part of the plot, so immerse yourself in my exciting tales.