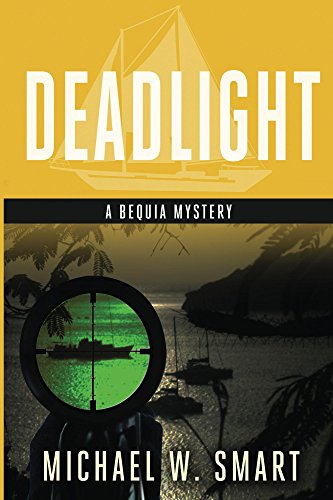 about this book: On his way into Port Elizabeth to catch the morning ferry to St. Vincent, Commissioner of Police Mike Daniels contemplates the political fallout ensuing from Superintendent Jolene Johanssen's recent investigations. The Attorney General was forced to resign, followed soon after by the Prime Minister, and the call for early elections. His tenure as Commissioner of Police surely at an end following the elections, leaving the bitter taste of a job left undone. The commissions of inquiry into the banking and development scandals uncovered by Superintendent Jolene Johanssen (Deadeye of the Bequia Mysteries), only scratched the surface of an insidious conspiracy still facing St. Vincent and the Grenadines. A conspiracy he had yet to stop, its perpetrator yet to be identified.

Meet Mike Daniels, Jolene, and mysterious Gage of the Bequia Mysteries, as the investigation into a murdered fisherman leads them to corrupt cops and politicians, and a climatic showdown in a deadly endgame, where a country's fate hangs on the outcome.