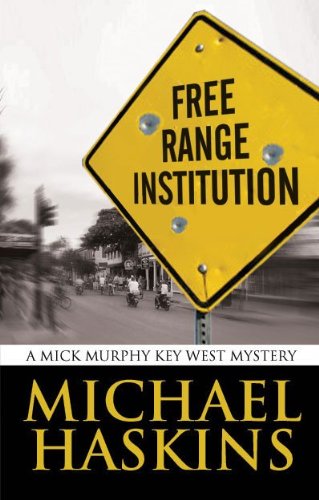 about this book: Mick Murphy, with his fiance Tita, witnesses a friend fall off the tallest building in Key West. When the police show up, aided by sheriff deputies and DEA agent, Murphy's journalist curiosity kicks in. Before long he's up to his neck in swamp-water, as drug dealers prepare a major shipment for Key West. With the help of his black-bag special ops friend Norm, and a few other miscreant locals, Murphy goes up against a corrupt city commissioner and DEA agent. When the government agents and Murphy go to intercept the drug shipment as it is unloaded from an Albatross seaplane, their plans is ruined by cartel guards waiting for them by Cay Sal in the Bahamas. The shipment isn't stopped and Murphy could be charged with murder. It looks like the operation is a failure until the mystic Jesuit Padre Thomas tells Mick what the angels have said. Escaping a burning guest house, where Tita lays wounded, Murphy heads to a showdown with the corrupt city commissioner and it is a deadly ending.