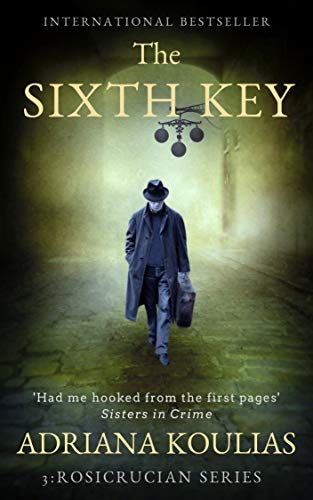 about this book: A story is told by the Mysterious Writer of Letters on the Island of the Dead in Venice. It concerns Otto Rahn, the real life model for Indiana Jones, who is ordered by Himmler to go to the South of France to find a rare grimoire of black magic written by a pope in the 13th century.

What Rahn doesn't realise is that shadowy brotherhoods are watching his every move, and they will stop at nothing to possess the book and the legendary key that unlocks its terrifying power. When Deodat, his friend and mentor disappears, Otto Rahn and his sidekick, Eva, must double their efforts to find the clues and solve the ciphers before he becomes their next victim.

The idea for this book first came to me when I went to the south of France to research The Seal. I stopped by a little village called Rennes le Chateau, renowned for its infamous priest and his housekeeper Madame Denarnaud and I was hooked. I found the place quite creepy and when I began researching it I uncovered a tale that was incredibly tantalising. I was also amazed when I found Otto Rahn's, the perfect anti hero and couldn't believe my luck when I discovered that a Grimoire of Black magic had been written by a Pope! Sometimes facts are stranger than fiction! All I had to do was weave these ingredients together and add different timelines to create a form of three dimensional chess with real characters.

I must say I enjoyed writing this book immensely and I hope you enjoy reading it.