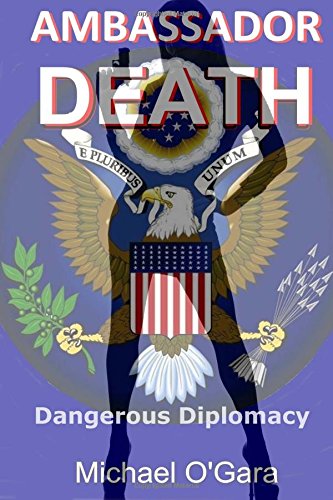 about this book: Cassandra Crossing is an unusual woman serving her country in unusual ways. She's from a politically connected and wealthy family yet she chose the most unlikely profession; covert intelligence. That career would have come to an end eventually due to her father the senator's political ambitions. It happened sooner than she expected and she has become a very public figure.

The president has found a way to effectively use her status, heritage and experience. As a result Cassandra Crossing is becoming the willing bishop on the president's chess board. The president is using her to keep the country's enemies in check. This time Cassandra is being assigned to foreign soil and to a very dangerous job. Some of those who approve the assignment probably hope she'll fail and damage her father politically.

Cassandra will be a very public target for those who would sabotage her vital mission to help keep a continent at peace. To complete her mission the first order of business will be survival. It turns out the assignment is more dangerous than expected and Cassandra's coping results in unexpected results. Her success brings an escalation in her assignment. She will also unexpectedly have to deal with something new; a serious romantic interest.

Cassandra's survival will require the balance of a tight rope walker, the Wisdom of Solomon, the courage of a hero, and unusual diplomacy. It is a unique challenge for an unusual woman.

This is the second book in the Cassandra Crossing Assignments series and the follow-up to Crossing Cassandra.

To find out where the title Ambassador Death came from, please read the book. It will become evident.