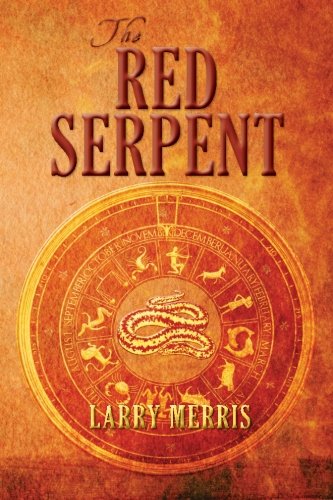 about this book: One man's obsession to avenge the death of his wife reveals the greatest wealth of knowledge the world has ever known…

Loosely based on a true story, THE RED SERPENT chronicles a riveting epic journey from the collapse of the advanced Sumerian civilization, through the hiding and excavation of the Dead Sea Scrolls, to a stunning revelation at Stonehenge in the present day.

- Marchaud, the obsessed French policeman whose investigation into Le Serpent Rouge cover-up leads to the brutal assassination of his wife

- Serafina, the philology professor who falls for Marchaud and nearly dies decoding Le Serpent Rouge from an Aramaic Knowledge Scroll

- Ari Du Maurier, the benefactor and patriarch whose family has possessed the Knowledge Scroll since A.D. 66

- Michael Du Maurier, the unsuspecting grad student whose proximity to Le Serpent Rouge results in his surviving a death experience

- Benaiah, the rabbi and ex-Mossad agent whose final purpose on earth is to guide them in their quest

Their task endangers the lives of everyone involved after they link Le Serpent Rouge to the Aramaic Knowledge Scroll. Deadly twists, ingenious research and a race against time secure a high-profile symbolic Stone that completes the triad and connects the past to the present. Now they must solve a maddening puzzle against impossible odds to reach the defining moment that will change civilization forever.

THE RED SERPENT wrestles with universal dilemmas of power, corruption, world domination and religion. The underlying tone speaks to the struggle between darkness and light in a mélange of scholarship, police work and zealotry. The fast-paced action darts between chases, shootouts, military style combat, double agents and conspiracy. Rooted in Jerusalem and ancient Sumeria, the present day plot unfolds in richly presented areas of Paris, London, New York, the Swiss Alps and scenic Provence. A culminating spectacle at Stonehenge unveils hidden stores of knowledge that prove to solve many of the world's major problems.