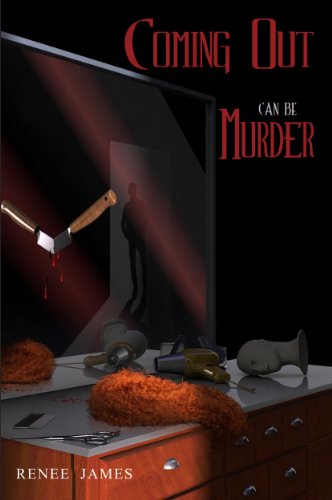 Book: Coming Out Can Be Murder by Renee James

about this book: When a beautiful transgender woman is murdered, the police, the press and all of polite society yawn and go about their business. But it hits Bobbi Logan hard. So hard she commits two rash acts: she comes out as a transgender woman herself, and she begins stalking the man who murdered her friend. Coming Out Can Be Murder is the story of a transwoman's perilous transition to her real gender, and her search for truth and justice in a hostile world.

• Inspiration for book
It began as a fictional diary I wrote after deciding not to transition myself. The diary was a vision of what it might have been like for me. After I got well into it, I realized I had invented a really interesting character, so I started over again, this time writing a novel about a woman in transition, and with a suspense/mystery plot line.

• Who are the primary readers of your book?
This book has been enjoyed by a full spectrum of women, from straight, conservative Christians to liberal feminists to lesbians and transwomen. Men who read it enjoy it too, but it's much harder to get males to read about a transgender woman. What unites the audience is a passion for an original page-turner that introduces them to a new world and a new reading experience.

• Background for the creation of Coming Out Can Be Murder
It took several years from the time I started rewriting my fictional journal as a novel, to the time we went to press with the book. About a year of that time was spent editing it—first, my edits, then working with a brilliant substantive editor and an equally brilliant text editor. The title was the product of weeks of back and forth with the marketing people at Windy City Publishing; we chose this because we wanted to project the book as a suspense/mystery story and we wanted to at least hint at the fact that it involved an LGBT character. The cover was created to convey a sense of foreboding and to suggest that the plot involved the beauty industry.

• Did you do research for your book? What did that involve?
The most powerful part of this book is how it lets the reader experience what it's like to be transgender, and the research that made that possible was really my own experiences as a transgender person. The most fun research I did specifically for the book was exploring Chicago's Boystown neighborhood. It is a unique and wonderful place!

• Did you learn anything from writing your book and what was it?
I learned so many things? First, that I COULD write a book and end up with something that's interesting and emotionally involving and that I can be proud of.

Second, I learned how hard it is to market a book today; the traditional book industry does not want to take chances on new authors and out-of-the-mainstream characters like mine.

Third, and I think this is really interesting in view of our fractured, partisan society today: I learned that when it comes to accepting fringe people like transgenders, religious conservatives are just as likely as liberal intellectuals to give you a chance. I hadn't expected such humanity from arch conservatives, or as much rejection from arch liberals as the book has received.

• What do you want to say to your readers?
If you read this book, it will change how you see transgender people. It is a fast, fun read and it leaves you with several things to ponder as you continue with your life—the difference between appearance and reality, the complexity of each person's identity, and how nuanced morality can be when your life is threatened by someone else.

Video: Coming Out Can Be Murder by Renee James 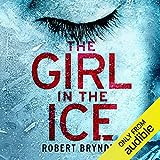