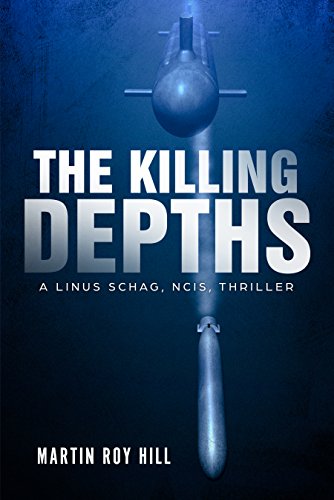 about this book: Linus Schag is an "agent-afloat" for the Naval Criminal Investigative Service, a Navy investigator who investigates crimes and security problems aboard U.S. Navy ships while underway. Schag is sent aboard the first coed attack sub, the USS Encinitas, to investigate the apparent suicide of a female sailor. But Schag knows the death was no suicide. It was murder. And his investigation soon discovers it is only the first in a series of homicides aboard the submarine. With the Encinitas engaged in a life-or-death struggle with a renegade Iranian sub, Schag must discover the culprit's identity before the killer's murderous rampage destroys the Encinitas itself.

This is the first Linus Schag full-length novel. Schag made an appearance in the short story, "Destroyer Turns," originally published by Alfred Hitchcock Mystery Magazine, and republished in Martin Roy Hill's short story collection, "Duty: Suspense and Mystery Stories from the Cold War and Beyond." With "The Killing Depths," the author takes the reader on a compelling ride with a military mystery thriller in the same a' la Tom Clancy's "Hunt for Red October."