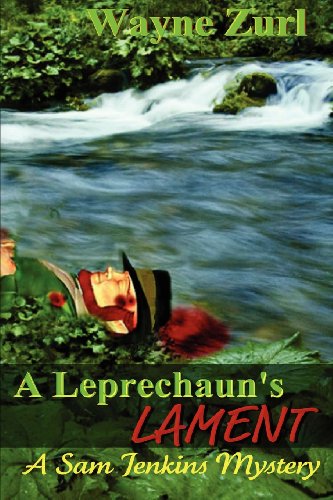 about this book: What does a cop remember about the most difficult and frusterating case of his career? Everything, but mostly, what made him laugh during the investigation.

The Department of Homeland Security offered to fund the investigations of all civilians working for Prospect Police Department. That generosity turned a simple chore into a can of worms. An employee of almost thirty years turned out to have no past.

Ex-NY detective and now Tennessee police chief, Sam Jenkins, said, I interviewed him for ten minutes and I wanted to strangle the little bastard. For days, I thought of Murray as the man who wasn't there."

And then he was found murdered in a creek bed.

The chief turns to the FBI, CIA and world-wide police agencies to find the man's past. But only a favor from an old friend provided the clue to find an international killer.

Cops and ex-cops will read this in one sitting. Fans of truly authentic police mysteres will love the detail and fast paced, real police drama.