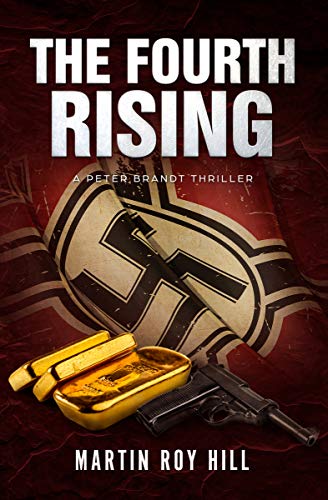 about this book: On May 8, 1945, WWII in Europe ended with Germany's surrender. But did the Nazi Party itself surrender?

The horrific murder of an old flame's husband sets former war correspondent Peter Brandt on the hunt for hidden Nazi treasure. The search takes him down a bloody trail leading from the drug cartels of Mexico to a neo-Nazi training camp in the Southern California mountains. Along the way, he unearths a decades-long Nazi conspiracy to create a new Fourth Reich and continue the Nazi Party's plan for world domination.

Inspired by true historical events, and recent research suggesting the Nazi Party survived the German surrender, The Fourth Rising is the latest in the Peter Brandt adventures which include Empty Places and The Last Refuge.

Praise for The Last Refuge: "A first class performance from a writer at the very top of his game..." (SHOTs Crime and Thriller Magazine)