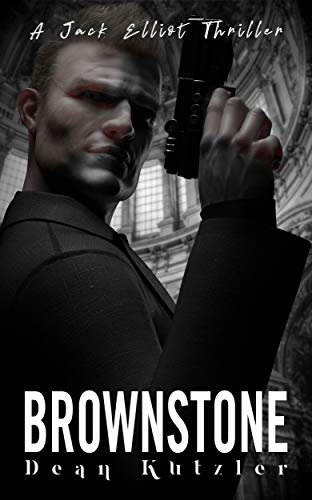 about this book: Jack Elliot is returning to his hometown, New York City, to make peace with his dying uncle. Conspiracy ensues as Jack races to get to his uncle, bounding over obstacle after obstacle only to discover his uncle was murdered in his hospital bed, mere minutes before he gets to see him.

He passes out at the gruesome sight that unfolded before him and when he wakes, he's the number one suspect.

Jack must clear his name, but before he can do that he needs to uncover the clandestine organization that has been waiting for him since the beginning of time.

How is that possible?

Will Jack clear his name and find the killer in this fast-paced thriller?

Anyone that enjoys a taut archaeological thriller will love Brownstone, written in a style similar to James Rollins, Dan Brown and Clive Cussler.

Brownstone took four years to write after I discovered some interesting inconsistencies in the bible. I found the true story of the biblical world's first man and woman to be the fascinating spark for this novel. The hardest part to overcome in order to finish the body of work was nailing down my own process.

Video: The Harrowing of Hell