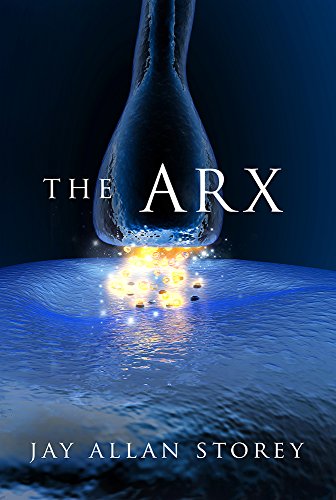 about this book: A year ago, after a mental breakdown, homicide detective Frank Langer was placed on medical leave from the squad he was once hand-picked to lead. Then his wife left him. Now he spends his days drinking and chain-smoking, and his nights waking up screaming from a horrific recurring nightmare. His life is in an accelerating downward spiral.

Then things get much worse.

THE ARX depicts the journey of a man crippled by PTSD, forced to confront his demons in order to convince the world of an earth-shattering conspiracy. In the process, he finds hope, and a woman willing to help him recapture the man he once was. THE ARX explores the social repercussions of drug use, the power of multi-national companies, and the impact of psychopathic behaviour on society.

THE ARX is a page-turning mystery/thriller, with sympathetic, three dimensional characters, and enough twists and turns to keep you on the edge of your seat until the last page.

• "...Recommend it from beginning to end." Susan Swain