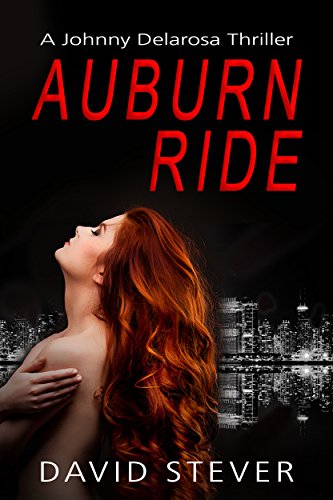 about this book: Auburn Ride is noir for the 21st Century! A reviewer said that in a review of my book and it is the perfect description. Auburn Ride is the first in a series about a modern day private eye, Johnny Delarosa. Irreverent, politically incorrect, hard drinking, but a man who tries to see the good in humanity.

The reviews have all been either 4 or 5 stars and the book was named the 2017 Mystery/Thriller of the Year by the Maryland Writer's Association!

A private eye who works out of the back booth in an Irish bar - how cool is that!

Welcome to Port City and the gritty world of Auburn Ride.

Auburn Ride and the Johnny Delarosa series was born out of my love for the writings of the old masters of detective fiction: Cain, Spillane, Chandler, Hammett, and my love for film noir, especially films like, Double Indemnity, The Postman Always Rings Twice, A Touch of Evil, The Maltese Falcon, and the relatively more modern, Chinatown.

I hope to bring the great themes of noir into modern detective fiction with this series.