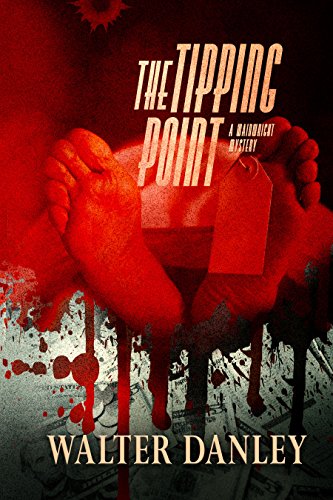 about this book: The Tipping Point: A Wainwright Mystery is a collection of stories I experienced in 40 years in real estate investments. I thought I'd make up a story about and include many of them in a plot showing that there was real sin in the syndication business. The story, while curated from past events and people, can serve to forewarn investors of manipulations possible in a real estate venture.

However, this is not a "how to book" for investors. It is an exciting story of intrigue about greed, conspiracy, and murder. Critics have said that if you enjoy blind hairpin turns and an ending you will not guess until the very end, you will enjoy The Tipping Point: A Wainwright Mystery. Those true-life stories each became a fictional element of Tipping Point.

On a skiing holiday in Aspen, Garth Wainwright's business partner is killed on the slopes. The ski patrol, sheriff and county coroner all call it an accident. Wainwright has reason to believe it was murder. The bull-headed nature that was a part of his business success drives Wainwright to find out why it happened. His other partners discourage him from being involved in the tragedy. Wainwright is advised to keep out of it. None of them believed the murder scenario. But he won't leave it alone.

Digging through files looking for a motive for murder he stumbles onto evidence of a massive fraud. Millions of dollars were embezzled from the firm. Should this news be leaked, the SEC will put the firm out of business, Wainwright and his partners will go to prison and never work in the investment business again.

The fraud trail leads to one or more of Wainwrights partners. But which one was complicit? Is the fraud and the murder related? Who can he trust?

And then, another of his partners is murdered. Wainwright now fears for his life.