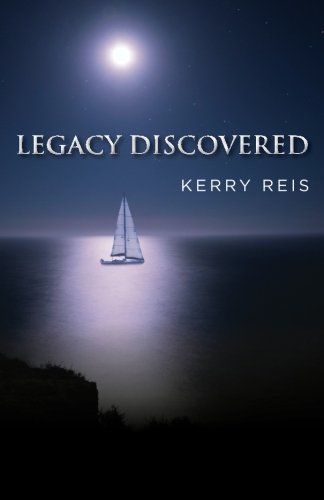 about this book: Legacy Discovered is about a woman, Ali, who meets a man, Ryan, at an ivy league university. Ali grew up within the foster care system, but had committed herself to a better life, which is how she had earned the scholarship to attend a prestigious university. She is instantly smitten by Ryan, who tells her that he grew up within the foster care system just like her. A few months later, Ryan mysteriously asks for her to pick him up from an isolated location, then convinces her to leave the university, transfer with him to a midwestern university and marry him. Sixteen years later, they have two children and a solid middle-class home, supported by his independent law practice and her job as an ER nurse. However, their community is targeted by a national development corporation for a major commercial/residential project and Ryan has joined with fellow legal colleagues to battle the project over major environmental concerns. When it is dramatically revealed that Ryan is really the son of the corporation's billionaire owner and had faked his death to take the identity of a roommate who had died, so he could escape the pressure of the family legacy and marry Ali, it is Ali who must find the strength to stand by the man she fell in love with and find a way to rebuild a family.

The characters of Ali and Ryan were named after Ali McGraw and Ryan O'Neal, the stars of the 70's classic movie, Love Story. I saw the movie for the first time about a month before I lost my job due to a restructuring. I was instantly taken by the idea of a scion of a wealthy family turning his back on that wealth in order to marry a woman from a lower class, but I wanted to see the strength and growth of the couple building their life on their own without the arbitrary tragic plot device of the sudden "terminal disease." The concept of the wealthy son falsifying his death and taking on a new identity proved to be the answer, as long as I could come up with true character motivation. It took me three months to write the first draft. I recruited friends across the country to go to a file sharing service and comment on the draft. Together, we came up with the final title that did not focus on rediscovering a lost legacy, but rather discovering a new legacy.