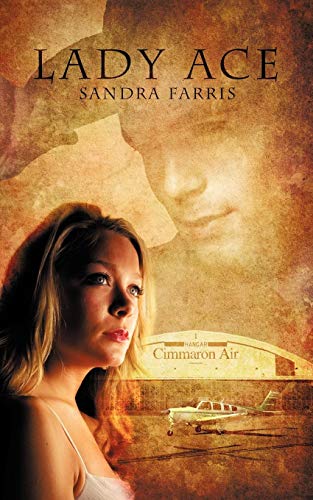 about this book: Kasey O'Brien, while struggling with her father's death and trying to make the family's air charter service work suffers another blow. While flying a client to a ranch in Oregon, the left engine on her plane fails, forcing an emergency landing on a dirt strip.

During inspection of the engine, it is discovered the oil line was deliberately cut. She would now be stranded at the ranch until an engine replacement could be found and flown in, losing valuable time and possible clients.

Kasey was also captivated by the earthy ranch foreman, but he had secrets she would have to battle. What was next? Since he had failed, would the person responsible make another attempt on her life? Was her passenger his target? What was the ranch foreman hiding?

The title for Lady Ace was chosen by the title given her when she performed an emergency landing under extreme difficulties. The cover was designed by my son, based upon the subject of the book.