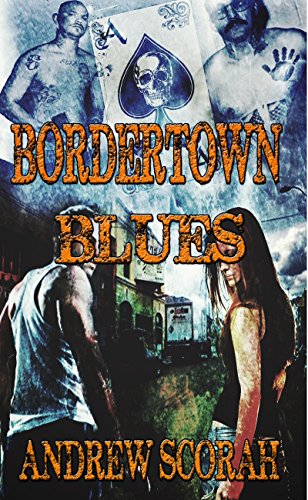 about this book: After the events in Homecoming Blues, Dalton & Jamie find themselves on the run in America. After a stop over in Ajo, Pima County, they are arrested after drugs are found in their RV, this brings them under the purview of Eric Deacon, a shadowy government agent, he persuades them to go across the border in search of four missing DEA agents; their reward freedom. They agree, and stumble upon a plot to unleash hell upon the world. An Al Qaeda cell is coming across the border bringing the four horsemen of the apocalypse with them. Only Dalton, and Jamie stand in their way.

This is the explosive action packed sequel to Homecoming Blues, my style of writing has been called cinematic, which is what I was aiming for. I wanted a film to play out in your mind as you read. Have I achieved that? Only you the reader can say.

This is the second of what will be a four book series, so keep an eye out for the next one to be released soon.