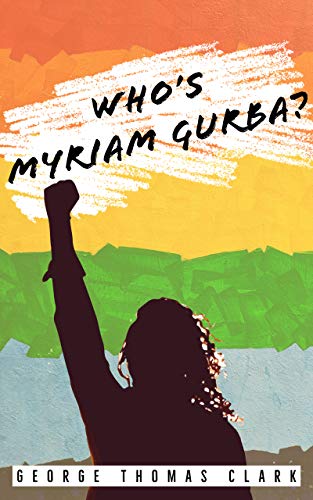 about this book: I usually don't read newsletters since I'm too busy writing but a provocative headline about Joan Didion pulled me in and I discovered the poetic prose of Myriam Gurba. While she occasionally acknowledged Didion's talent, Gurba primarily ripped her for allegedly speaking and thinking in racist ways about Mexicans. Gurba is the daughter of a Mexican mother and a Mexican-Polish father, and in slashing prose expresses her sensitivity to insults real or imagined.

I next moved to Gurba's website and followed a link to a book review that had already become legendary: "Pendeja, You Ain't Steinbeck: My Bronca with Fake-Ass Social Justice Literature," a passionate takedown of the bestselling novel American Dirt by Jeanine Cummins, whom Gurba asserts wrote a "Frankenstein" of a novel in clumsy English while misusing Spanish terms and exhibiting an ignorance of life in Mexico.

Gurba is herself the author of three books including the highly regarded memoir Mean. I read and enjoyed Mean and studied her life online, where she's quite active on social media, and learned she identifies herself as gay or "queer." But she has posted documents about domestic abuse and other issues that complicate her personality profile. Her growing stardom is enhanced by good looks and numerous photos of herself in bikinis at the beach.

Pay attention to the work of this author.