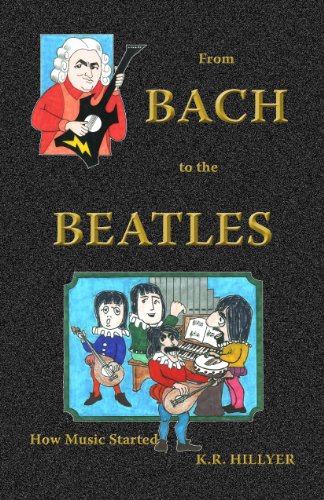 Book: From Bach to the Beatles - How Music Started by K.R. Hillyer

about this book: Bach did not invent Music. Music didn't stop when the Beatles broke up in 1971. These are simply bookends K.R. Hillyer uses for a lighthearted look at Music through the Ages.

Join us as we wander with the Ancient Egyptians and their musical cats or the Greeks and their hilarious choruses (not).

Meander through the Middle Ages (medieval), when Monks (munks) produced Wine (and drank it). More importantly, they learned how to brew Beer (and how to drink it). In their spare time, the Monks (munks) copied scriptures and sang Gregorian Chants (named for their Pope Grey-gory-ann, the first).

Spring forward to the Renaissance (or Renascimento or "Runny Sauce"). Learn about famous families such as the Sforzas, the Borgias, the Medici and the Corleones.

Thrill as Classicists become Romantics and everybody tries to be Modern. There's even a whole chapter on Opera (wow).

Hillyer plants his tongue firmly in cheek and does a back flip through Music Development. It's a non-offensive, mirthful romp and a diverting ride. His humor spans the gap from Marx Brothers to Smothers Brothers. Other elements creep in, sounding a little like Dave Barry or Muppet-style puns.

There are some actual genuine truthful real not-made-up facts in Appendices (located at the back of the book … if you get that far).

It's Music as it ought to be taught – fun, quick and enjoyable. 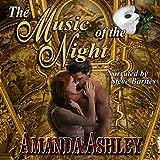