about this book: The history of music in Columbus remains largely unwritten. Unlike New York, San Francisco, Kansas City, Nashville, or even Cincinnati, Columbus has never been viewed as having a music "scene." The closest it came was in the early 1990s when Entertainment Weekly suggested it might be "the next Seattle." It wasn't. But then, it's hard to market the "Columbus sound" because it doesn't really have one.

Still, some truly remarkable music has been made here and many outstanding musicians have called it home. Through anecdotes and photographs, Columbus, The Musical Crossroads documents the development of music in central Ohio from 1900 to 1970. It was written by a quartet of authors who have been actively researching local music and musicians for 25 years. They previously collaborated on Listen For The Jazz, a history of jazz musicians and clubs on the near east side of the city. And in 1999, they assembled Jazz Ohio, a year-long exhibition for the Ohio Historical Society. 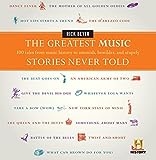 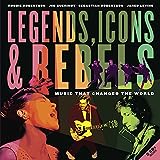