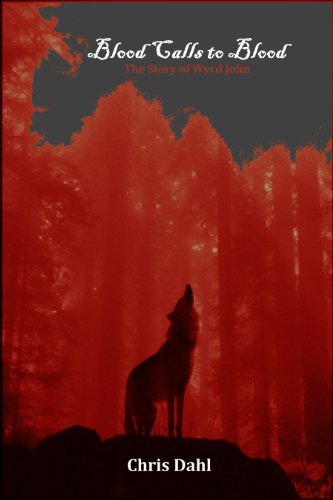 Book: Blood Calls to Blood - The Story of Wyrd John by Chris Dahl

about this book: Blood calls to Blood: The Story of Wyrd John is not only book number 4 in the Death Row Stories Series, but is one of the more unique tales. Blood Calls to Blood chronicles the life of "Wyrd" John Marquard who is an avowed life-long Pagan Hedge-Witch. His story starts off with his early family history and their connections to the Old Ways of Pagan Europe. The book goes on to follow John as he develops his "powers" in the fields of witchcraft and psychic development. The last third of the book focuses on John's "wyrd"(which roughly translates from Old English to "fate" or "that which is becoming") crime: the murder of a mentally challenged girl on the mudflats next to the Saint John's River in Florida. As the book concludes, the reader gets to hear John ranting from his 6x9 prison cell about everything from sexuality to formalized religion -- and then finally John gives the reader his final hope for beating the Death Penalty: being reborn as a vampire and living eternally.

This installment of the Death Row Stories Series does not beg the "nature versus nurture debate" as the others do; this one actually looks at other forces beyond our control, like supernatural -- even paranormal -- forces that are beyond our control. So, yeah, it's true crime, but a very unique brand of of this genre. Check it out.