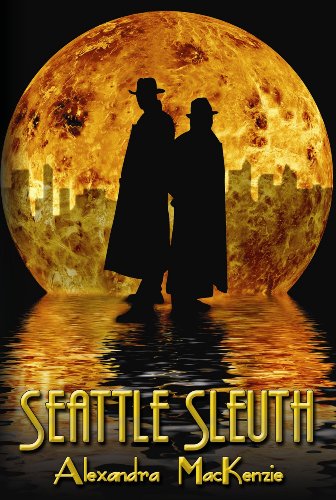 
Inspiration to write the book:

One day as a teenager rooting curiously through a family cupboard, I found a cracked gas mask, yellowed army field manual, and a battered tin box containing three buttons from a German uniform. They were my grandfather's, who fought in World War I. Fascinated, I read everything I could about that 'war to end all wars'. It was the first time history came alive for me. I haven't stopped exploring history since.

Seattle in the 1920s was a rollicking time – labor unrest, rum runners, police corruption, a flourishing red-light district – what's a writer not to love? You can still get a sense of what the Seattle of the past looked like thanks to historic Pioneer Square, Pike Place Public Market, the mansions, and parks on Capitol Hill. I wanted to capture a time and place that readers today could connect to through my characters, whose struggles come from war and disaster, and whose triumphs come through friendship and strong hearts.


Cover Choice:
I was able to work with my publisher's cover designer to get a cover that is alluring and fits the book, era, and genre.


Book Description
1921. A war lies behind him … a new battle lies ahead.

Philip Shaw is a Great War veteran and widower struggling to put his life back together. He grasps at a chance to make a difference by investigating the death of a newspaper editor – did the man die in an accidental fire, or was it murder?

Shaw joins forces with fiery crime reporter Ray Taylor to dig into police corruption, a rivalry between a powerful shipbuilder and a sly politician, and the seedy world of Seattle's wide-open red-light district. Will they find the answers in the speakeasies, among the rum-runners on the waterfront, or at the mansions of the rich? Before they can solve the mystery, level-headed Phil Shaw and hot-tempered Ray Taylor will have to learn to work together – without killing each other first!