about this book: A Model Murder is a classic murder mystery with suspense elements. It is the first part of the Alicia Allen Investigates crime trilogy featuring the London based Anglo-Italian lawyer Alicia Allen.

I come from a legal background and I had the idea to write a novel building upon my experiences from within the law. I was relaying to a friend one day about one of my "experiences" and he suggested that I write it down. The "model" element of this book came about after I was offered a one-off modelling assignment as a result of which I met several models who talked to me about their experiences and how they supplemented their income when work was in short supply. The stories I heard inspired me to research the world of hostess clubs which feature prominently in A Model Murder. It was an eye-opening experience for me!

As for my female protagonist Alicia Allen, I wanted to create strong lead character with a keen sense of justice and a conscience but with a razor sharp analytical mind and also a very human character with foibles. I am an Italophile so it seemed natural to create a character who is Anglo-Italian. Also Alicia is not a criminal lawyer. She is a private client lawyer so deals with inheritance and Wills where there is a good deal of scope for corruption and murder.

I have drawn heavily on my own experiences within the law for the creation of many of the characters in the books and from the people I have met while carrying out my research. They say that a first novel is often autobiographical and A Model Murder is certainly autobiographical in part!

This is a brief summary of the plot:

When Alicia's young Australian neighbor, Tammy, an aspiring model is savagely murdered Tammy's flat mate Kim begs for Alicia's help. Alicia feels compelled to assist and becomes embroiled in the murder investigation. With her keen sense of justice and analytical powers Alicia vows to find Tammy's murderer no matter what it takes or what the consequences will be even if that means putting herself in mortal danger. When her elderly neighbor Dorothy, who is a key witness, is brutally attacked Alicia becomes more determined than ever to find the perpetrator(s) and in her quest for the truth twists and turns abound as she is thrown into a world of sleazy nightclubs and corrupt lawyers…

Due to the subject matter the book is for an adult readership. The other two books in the series are Wilful Murder and Murder in Hand.

• "This book is a complex mix of story and adventure and Celia Conrad has seamlessly woven the web that brings you into the tale... If you love a good murder mystery and want to work alongside the detective as they attempt to figure out who did it, this is the book for you.'
— Extract from Readers' Favorite 5* review. 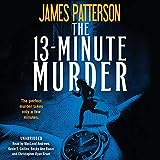 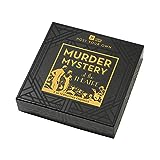