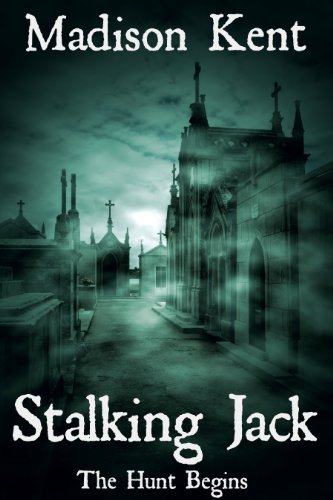 about this book: Since the first time I saw a film about Jack the Ripper, I have always been fascinated with the macabre nature behind the killings and the elusive man who eluded Scotland Yard, then considered to be one of the world's best investigative force. After watching Ripper Street, a BBC production, it once again led me back to those thoughts and that's when Madeline Donovan was born. She will find herself in London at the onset of these murders and fate will bring her to Whitechapel to conduct her own search for this heinous killer. I imagined her as the person who has nothing left to lose and so she has no fear. She takes that fearlessness to turn the tables on Jack. She will hunt him and so became the title, Stalking Jack.

I have been working on this book for over a year, typically spending at least 3 or 4 hours a day with the characters until at some point, they seemed to take on their own persona and I was in London with them, observing them and being part of their world. The murder victims noted are the actual victims. I researched the details about them and, of course, about Whitechapel and the conditions of the area at that time and why so many women became "low women" and found themselves forced to seek out their survival as prostitutes.

For me, London is still the perfect setting for murder. The dreary, rainy atmosphere coupled with the rolling fog is like candy for a murderer, and gives on an impression immediately the feel for a story and that is why the cover of my book seemed a good fit.

It is a journey of young woman that takes the reader into her world of personal tragedy, addiction and ultimate survival.