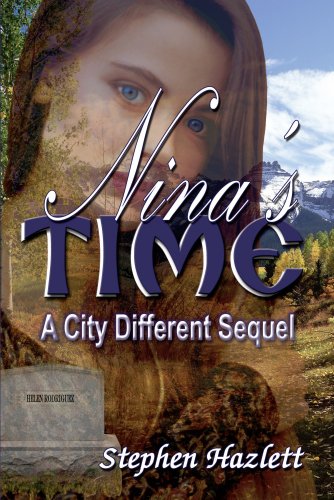 about this book: Nina's Time is the second volume of a mystery series set in Santa Fe, NM. The first was City Different, and when I wrote that novel, I had no idea it would evolve into a series. But evolve it did, into what I call The City Different Series.

I think of Nina's Time as the flip side of City Different. It's the story of Nina Kelly, the missing wife and alleged murderer of volume one of the series. Told from Nina's point of view, the story takes place two years later, and now it is her ex-husband Eddie Collins who is accused of a murder. Nina can't believe the story concocted by the police and tries to prove Eddie's innocence. At the same time, she becomes romantically involved with the Santa Fe detective investigating the alleged murder. In a twist to the tale, Nina, who inherited her murdered aunt's debt, becomes embroiled in the same shady real estate development of volume one. And all the while, she is the object of someone bent on murdering her.

• "I was impressed - nay, astounded! - by Nina's Time, which the author presents through a first-person account by his feminine protagonist. Skillfully setting scenes, writing believable dialogue, building suspense, plotting through to a surprise ending, Hazlett authors a terrific book."
— Lola Eagle – Author and independent book reviewer

• "Nina's Time is remarkable, not only for its well-written prose, believable characters, and compelling story line, but that the author, Stephen Hazlett, has so effectively captured the voice of his female main character. I recommend it to anyone who enjoys a good story, whether murder mysteries are your thing or not."
— Julie Casey – Independent book reviewer