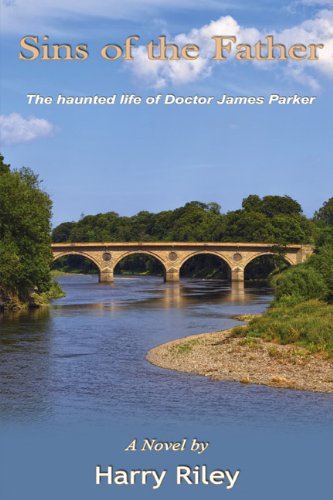 Book: Sins of the Father by Harry Riley

about this book: Ruthlessly manipulated for most of his adult life by a cunning enemy posing as his friend, half drowned and enslaved in the Congo and hoodwinked in New York, Doctor James Parker slides into a deep pit of depression.

Utterly consumed by misery and grief with his best friend and his fiancé missing, his family decimated by the deaths of his father and his beloved sister, he is past listening to reason and believes he has every reason to kill his generous benefactor, the man he blames for all his misfortunes. But this is '1964 Britain' and the gallows await!

After a cruel start in life by being abandoned outside an orphanage as a baby, Billy Turpin grows up to become big and strong, a natural and highly successful entrepreneur running a several companies, greedy councillors and gullible men and women are willingly hypnotised by his wealth, his easy, laconic confidence and charismatic charm. But one person suspects he is also a psychopathic killer with a very personal and mysterious grudge against him, his family and friends.