about this book: Max Larkin is an ace detective in the small town of Rockton, Illinois. He hasn't had a partner for a while now and is beginning to like it that way. He is also plagued with a recurring and chilling nightmare going back to childhood that somehow is central in his life but almost impossible to explain.

He is matched with a new partner, Jesse, a gorgeous young woman whose father was a cop and whose memory she is determined to honor with her good work.

At this time a serial killer with odd and bloody ways hits the scene. It soon becomes apparent that the killer is a psychopath with some personal issue involving the wasting of time. At every murder he requires the victim to pay him for his lost time.

Since Jesse is the rookie of the team she has no problems taking a back seat in this investigation. She is a bit of an overachiever with a penchant for analysis and who is eager to please. Yet the dynamics between them tends to flare up once in a while. They start out by tracking this killer's murders back ten and twenty five years.

For the most part they work well together and begin to gather clues on the case, which has shocked the small town of Rockton.

The killer is revealed halfway through the story and then the task becomes catching him.

This is a chilling and fast moving thriller that keeps the reader turning pages. 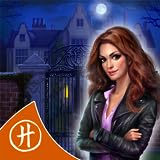