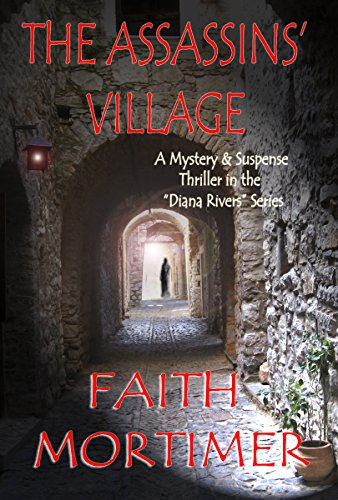 about this book: The first of a series, each set in a different location. The Assassins' Village takes place in Cyprus. In a mountain village, one of the ex-pats is found brutally murdered setting off a train of events, exposing a whole list of suspects...each villager is found to have borne the victim a grudge...but who actually did the deed?

The area in Cyprus where I live inspired me to write this first book in the Diana Rivers series - Diana being the amateur sleuth. I have found readers of all ages from about thirty-five upwards enjoy pitting their wits in unraveling my mysteries. The series are fun and exciting to write and I spend a lot of time researching my material ensuring I have my facts right! The Assassins' Village is my second novel and it took me about 18 months to complete. It was judged on Authonomy during 2011 as a #1 novel. I was thrilled to receive a first pace an a superb letter o recommendation from Harper Collins

• "This mystery is full of twists and motives from all kinds of suspects who coulda/woulda/shoulda killed the truly hateful victims. (i wanted to kill both of them too!) totally recommend this book. The author has been compared to Agatha Christie. But I disagree. Christie's characters are 'true' - as are Mortimer's. But Mortimer colors her characters more deeply, provides more background and backstory. Her narrative contains subtle psychological nuances. When you're done with the story, she's pretty much told you everything you need to know - if only you'd read the signs more careful. Diana and Steve are a charming investigative couple."