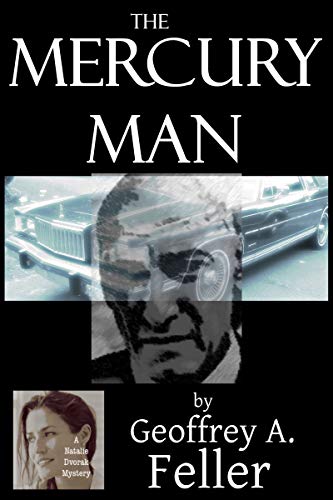 about this book: This is the first in my series of murder mysteries featuring Detective Sergeant Natalie Dvorak of the Vermont State Police's Bureau of Criminal Investigation. There are two sequels already published and I am currently writing the fourth in the series. This first story is a traditional police procedural story on one level.

The brother of a convicted murderer approaches Natalie and claims he has the proof that she had arrested in innocent man. Before he can show her the evidence, the man turns up dead in a small town in the foothills of the Green Mountains. Natalie has to figure out who wanted to stop the victim from presenting his evidence and reconsider whether the imprisoned brother really did murder his wife the year before. An abandoned farmhouse leaves clues about the victim which also lead Natalie to a witness. The victim had been seen in the company of a mysterious man driving a Mercury Marquis, the so-called "Mercury Man". The story is set in 1982 meaning that Natalie must work with some veteran cops who aren't comfortable with women in the State Police. There is also no such thing as DNA tests; Natalie uses intuition and interviews to solve crimes. She has help from Dan Moritz, the only police officer in the town in which the body is discovered. Dan is married, with a teenage daughter, but is having an affair with Natalie, a situation which threatens to compromise the investigation.

I have long enjoyed mystery stories, especially police procedurals, and finally decided to write one of my own, hoping that others who enjoy this kind of tale would want to read my book. I started to write more Natalie Dvorak mysteries in part because I was curious to see what would happen next in her personal life and it was the only way to find out. When I began this story I had no idea about who killed the brother or why (there wasn't even a title to begin with) and I really enjoyed unraveling the mystery as I was writing it. I have never lived in Vermont but grew up in western Massachusetts; the blizzard that arrives at the story climax really did hit New England on the date given (I was in college at the time and remember it well). One of the fun things about writing this series is that I've been able to incorporate some of my personal interests outside of crime as plot elements, especially in the second and third installments, subjects that I never quite got around to in my "mainstream" novels.