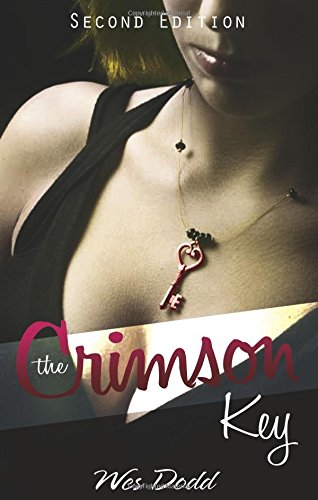 about this book: David Paige, a 25 year old detective from Charleston, S.C., is living life to its fullest. He is adored by his loving mother and his high school sweetheart, Kimberly. Unknowing to David, his mother has been keeping a life-long secret, one that would alter his life forever. An unexpected tragedy strikes, sending David into a whirlwind of anxiety, which Kimberly lovingly helps him through. Then by his surprise, the life-long secret is revealed through a letter left by his mother, along with a mysterious item that would unlock the mystery of his birth mother's demise, a crimson-colored key. Encouraged by Kimberly, David sets out in search for the truth, going undercover to protect himself from his cruel father, whoever he is.

The search lands David in New York City where he befriends a detective from Headquarters in Manhattan. They team up to investigate a 25 year old missing person case that was suspiciously closed without solving. During his investigation, David meets and falls for the daughter of a prominent man, thus complicating his relationship with Kimberly. It isn't long before David's father is aware of the investigation and begins to cover any old tracks left from the past. David begins to get clues from his mother through several terrifying nightmares. It is then, along with a near-death experience, that the case unfolds. The Crimson Key unlocks the old mystery, revealing the murderer to the world, shocking many people including David. The Crimson Key also opens David's eyes and his heart as well.